In 1930 the Peterborough Canoe Co introduced the Auto-boat or Car-topper as it often also was called, in two versions 10'-6"long and with a beam of 38", one with pointed ends and one with a square-stern. A couple of years later those models were redesigned with 40" beam and available in 10'-6" and 12' lengths, both with square sterns.

In 1935 Peterborough Canoe Co advertised "....for those who desire something extra special in the car-top line, we build to order the Lazy Days. Just the boat for a day on the water, picnicking or for the weekend fishing trip...."

In 2004 we purchased an old replica form for the standard Peterborough 12' cartop model. When re-building the old and damaged form, we changed it to the measurements and lines of the Lazy Days model. The first model off the form quickly became everyone's favorite. 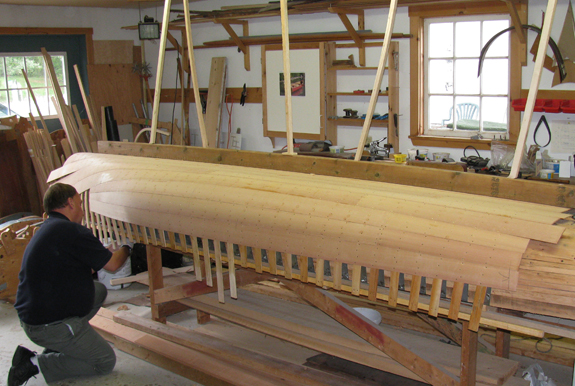 Dave removing clamps in preparation of lifting the new boat of the form. 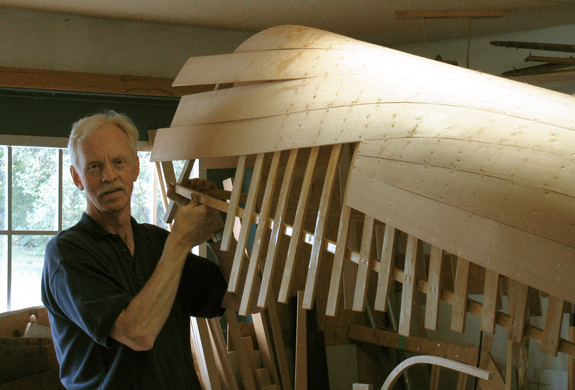 It is always a good feeling seeing the interior for the first time. 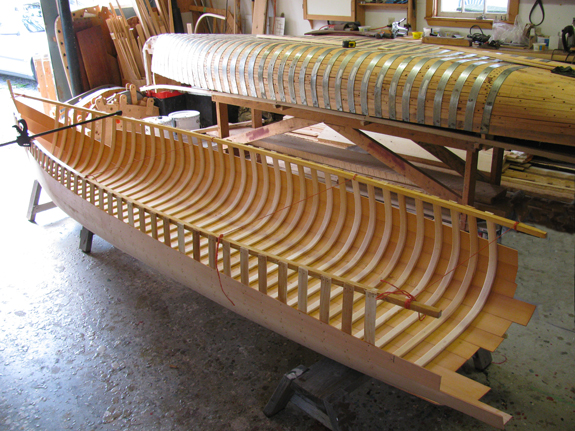 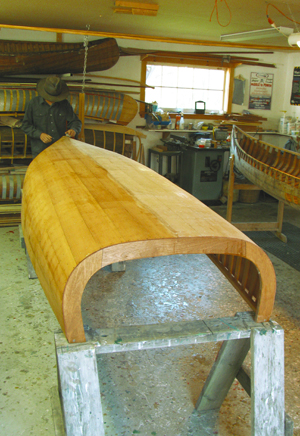 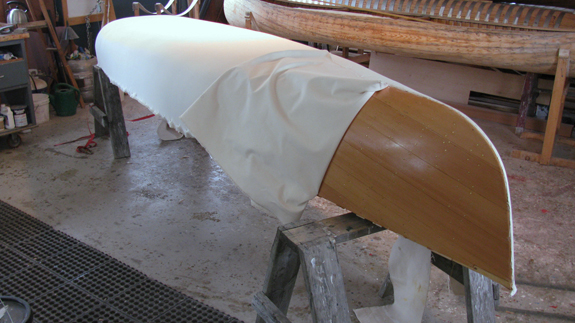 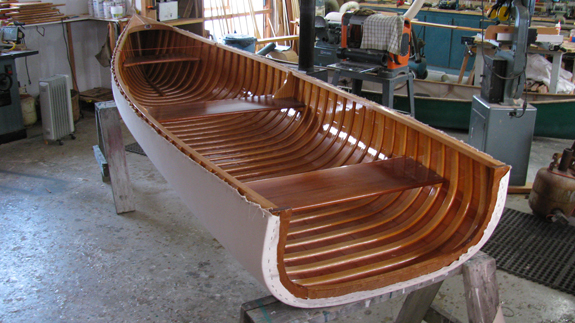 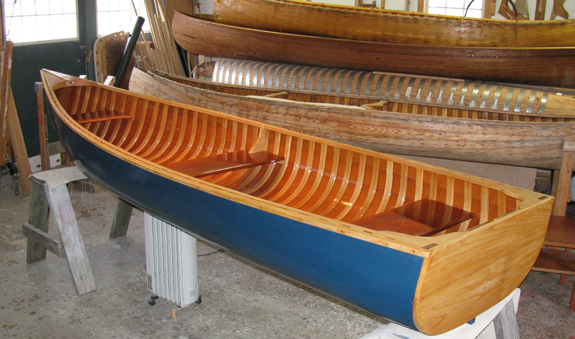 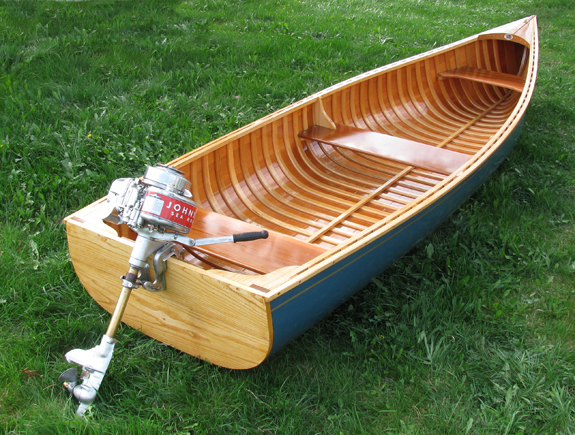 A new "Lazy Days" ready for the water, here with a period appropriate Johnson outboard motor. 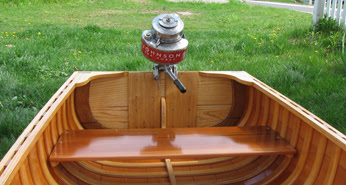 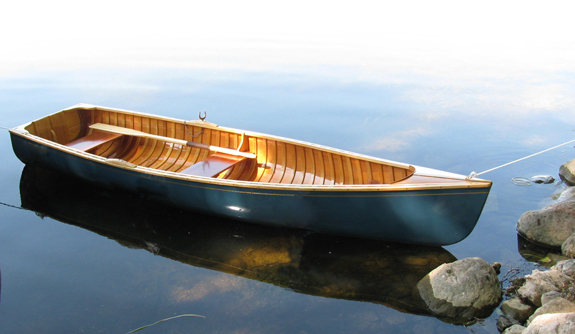 The new "Lazy Days" in its element. 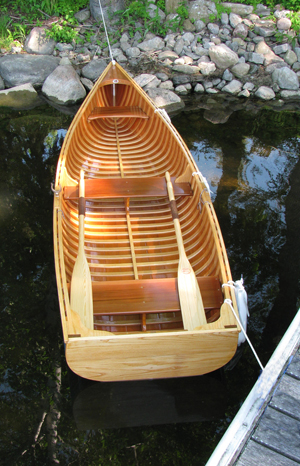 Posted by Wooden Canoes and more at 20:06 0 comments